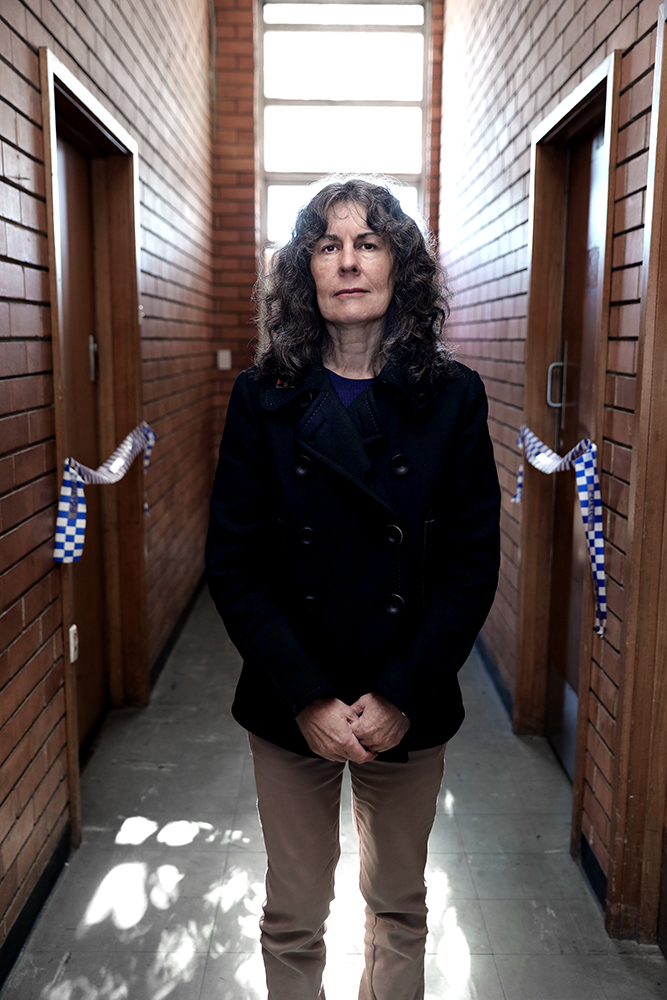 “I am standing in a small hallway inside our parish hall.  The parish hall is situated between the junior section of the primary school and the senior section of the primary school.  The small hallway is part of a paedophile’s lair – he was precisely organized and possessed finely honed ability through 50 years of practice.  One door was his private room – he changed the lock so the master key would not open the door whilst he was sexually assaulting or raping the child he had taken in there.  The other door leads to a darkened staircase with an even darker substructure room under the stage, where he also sexually assaulted and raped children.  No one else would be in the hall; no one could hear the children if they cried out in pain or terror.  The career paedophile was our parish priest Fr Kevin O’Donnell who preyed on our parish’s primary school children for 17 years from 1976 until 1992.  He sexually assaulted and raped two of my daughters in each of these rooms.

The assaults stopped when he reached retirement age in 1992.

He was sexually assaulting children for 50 years.  He was moved in 1949 after a complaint.  In 1958 another assault complaint went right to the Melbourne Archbishop’s office (as admitted by church officials in the Child Abuse Royal Commission) still nothing was done to remove his access to children.  Other complaints over the years, before my girls started school, also amounted to nothing.  So when my children commenced school in 1987 and 1989 and 1990 he was still there raping children.

The law caught up with him in 1994.  He pleaded guilty in 1995 to 31 years of offences – the more serious charges of rape were dropped in a plea bargain.

Why, when children are the essence of Christianity – trusting, loving, innocent, pure, virginal, do some clergy sexually assault and rape them and then, after complaints, all the bishops, worldwide, protect the offenders by moving them to another parish, aiding and abetting them in further crimes, sometimes for decades?

Because of their actions and inactions 50 years of children, generations of children – if they have survived – are still living with the consequences of his assaults.  O’Donnell’s victims, range in age from 83 to 32 years.  For my own family the horrendous effects have lasted 32 years or 11,680 days – and counting.  Neither Emma’s death at 26 years of age, nor Katie’s near fatal accident causing lifelong brain injury at 15 years of age have lessened the impact of O’Donnell criminal and insatiable sexual appetite for the bodies of children.

Fr O’Donnel died in 1997, still a priest despite our pre-death objections, he was honoured and buried in the Melbourne priest’s crypt, yet the legacy of his obscene behavior lives on.  We all still suffer.”